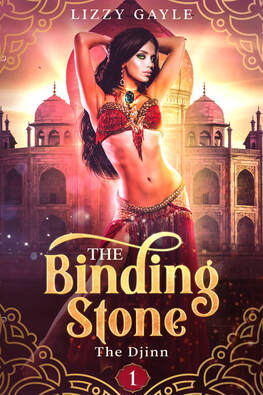 THE BINDING STONE
The Djinn Book 1

A thousand years of servitude has left Leela more than a little jaded. Betrayal by the man she loved was just the beginning of her lessons on the wickedness of humanity. Her hope for freedom for herself and her fellow Djinn from the stones that bind them has dimmed to a barely-there glimmer over all these years, but it hasn’t yet extinguished.

When the handsome, and idealistic Jered, inadvertently becomes her new master, Leela finds herself wondering if his tenderness and concern may actually be real. And despite her years of suffering and lessons, her heart opens to new possibilities.

As she inches closer to trusting Jered, the past and the enemies that come with it, resurface, threatening the small spark of happiness in Leela’s long life.
After a millennium of suffering what and who is Leela willing to sacrifice for freedom?
GET IT NOW!
Add to GoodReads 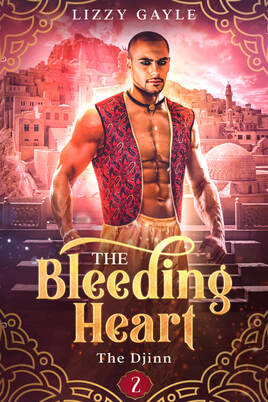 THE BLEEDING HEART
The Djinn Book 2

Taj knows his revolving door of lovers won’t erase the past, but it helps pass the time. That is until his sister Leela’s boyfriend shows up in a panic. With Leela missing and a Djinn killer on the loose, Taj dives into trying to find both his vanished sister…and the murderer.

His quest introduces him to another Djinni named Brolach, new to his human form. Attraction blooms and Taj wonders if it might be worth the risk to try dating his own kind. His last relationship with a Djinni didn’t end well, but it has been almost two hundred years since he lost Cal.
​
When danger traps him and his loved ones, and everyone looks to him for guidance, Taj finds he’s thrust into a position he doesn’t want. Can he overcome the demons of his past to save the future and find his happily ever after?

GET IT NOW!
Add to Goodreads

THE BLISSFUL END
The Djinn Book 3
After a thousand years of suffering, a happily ever after can be hard to accept.
The Order of the Djinn is growing, and Mira throws herself into the work of freeing others of her kind from their dismal fate. It’s easier than facing her painful history.
When a magician’s black market is discovered to be selling Djinn Blood, Mira’s ready to unleash hell on the culprit. But what she finds is far more complicated.
The sexy magician with skills even she can’t mimic seems to have a heart of gold and a stubborn streak to match. He not only claims that all the blood has been freely given, but he insists that his purpose is the same as hers. Most disconcerting of all is his uncanny ability to see her in a way no one ever has…even herself.
When those she loves, and the world itself, hang in the balance, will Mira finally trust her heart despite her haunted past?

GET IT NOW!
Add to Goodreads 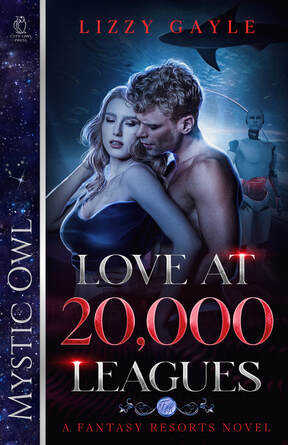 Not for Sam. Not only is she deathly afraid of being submerged under millions of tons of ocean water, she's stuck for an entire month with the people she blames for her family falling apart. Even with the unexpected attention of two sexy men, including her longtime celebrity infatuation, Sam is sure the trip will be a nightmare.

She’s both right and wrong. A type of pressure sickness she was unprepared for hits Sam hard, causing both lowered inhibitions and blackouts. When she gives in to her desires, a passionate romance blossoms.

Unfortunately, even this steamy new relationship can’t salvage the trip when a saboteur uses the AI to commit murder – murder timed perfectly with Sam's mysterious blackouts. Now Sam must clear her conscience by finding the truth. But is she prepared for what she’ll find? Because either she’s a killer or she’s setting herself up to be next on the growing list of victims.